Passing on the pigskin 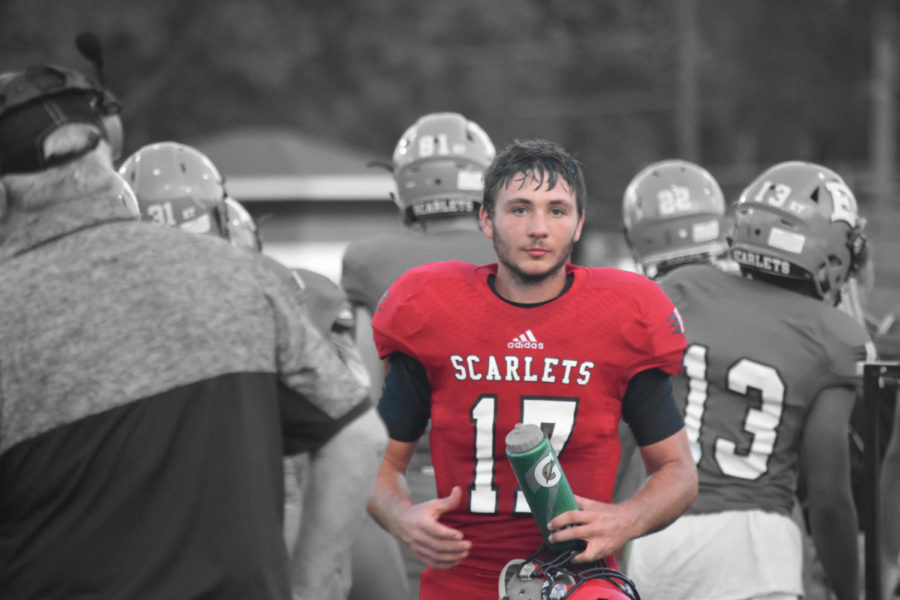 Quarterback, Corey Mills poses for a picture before heading back onto the field.

Number 17 on his back, long snapper, and varsity quarterback, is so much more than what meets the eye. He is a leader, a son, a friend to many, and is a dedicated contributor to the 23.7 million people watching Sunday football. This, is junior Corey Mills.

“I remember telling my mom and dad that there’s only three things that matter: Family, faith, and football.” Mills said.

Mills grew up in a football family, watching his brother and father play. His father played semi-pro for Des Moines Blaze, and has always centered Corey’s life around football. When Corey was young, his goal was never to become quarterback of East’s varsity football team, but grew into the role by watching his father.

“I didn’t set out to be quarterback, it just kind of happened because my brother plays quarterback,” Mills said.

In Corey’s eighth grade year he decided to really begin his training, and he hasn’t stopped since. Mills spends a large portion of his time dedicated to the sport and to his team. Football practice runs Monday through Friday from 3:15 to 6:00. Corey enjoys sharing his time on the field or in the weight room with his teammates and friends.

Corey gives credit to his teammates for their hard work and their wins, and thanks them for allowing him to play on a dedicated team. However, his teammates give the credit right back.

“We help each other out a lot on the field,” wide-receiver Stephon Field said.

East is working hard to put together a winning team, and Mills is more than happy to be apart of it.