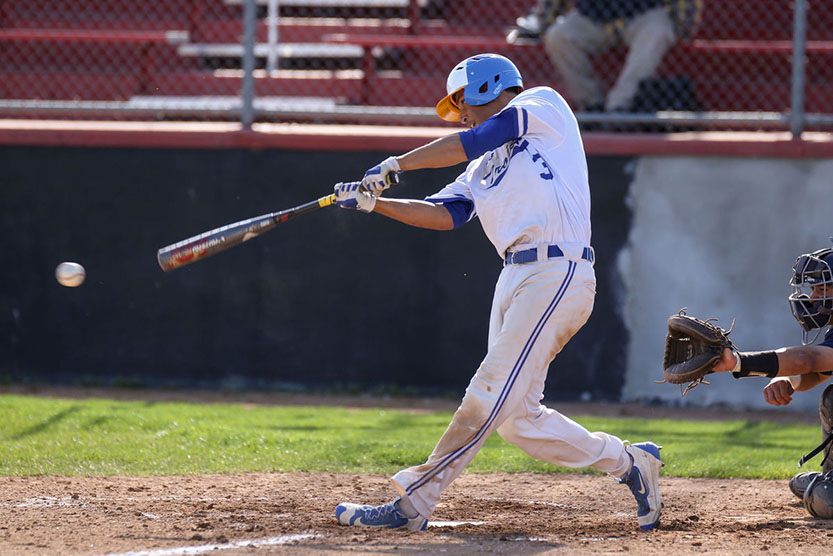 “In the 22nd round of the 2016 MLB draft, the San Francisco Giants select, Malique Ziegler.”
Many may recognize the name “Ziegler” from multiple East High athletics throughout the years. Whether it was on the basketball court, or out in the baseball field, Ziegler lead multiple East teams to success in his high school career. Ziegler attended and played baseball for East High for all four high school years, graduating in the Spring of 2014, but his baseball career did not end there.
“It was a dream to go to the league in every sport I played,” Ziegler said.
As a young boy, Ziegler dreamed of playing in the NFL. Those dreams shifted when he was introduced to the game of basketball and again when he fell in love with the game of baseball. Ziegler was a big-name player at East High in the four years he played. He played varsity since his freshman year starting every season, along with helping the team make it to a state tournament. Ziegler also broke a few records in his time at East; single season runs and career stolen bases.
“He actually thought he would be going to college for basketball,” Varsity baseball and varsity basketball coach Carlos James said. Ziegler’s talents provided him many opportunities.
After high school, Ziegler packed his bags and headed to Northern Illinois University to play baseball. He spent one year in Illinois until he packed his bags again, only to leave and move to Mason City to play at Northern Iowa Area Community College, again to play baseball. NIACC was the turning point in Ziegler’s career. He earned many well-deserved awards during his time in Mason City, before he got his offer from the San Francisco Giants. A tough decision was to be made, either transfer to Iowa City to play at the University of Iowa, or sign with the Giants.
“I was ready for the challenge, I had options so it was big!” Ziegler said.
Ziegler has been playing for the San Francisco Giants minor league team, the Salem-Keizer Volcanoes, for three years in the spring of 2018. Spring training starts right off the bat after the winter break session, leading into the summer season. From the start of spring training, Ziegler will spend all of his time with his Giants family, preparing at competing over the summer and fall. The players have no spare time to go home, training, games, and practice consumes all of their time.
Ziegler is home for the winter to spend the holidays with his family and his one year old son, Braxton. This season he is not just bringing home gifts for the family, but he is bringing home a special batting camp for young baseball prospects themselves to improve over the off season.
“My purpose for the camps are for everyone to get better and grow,” Ziegler said.
The camp is hosted by Ziegler himself so the young boys will be learning from one of the best. They get to interact with a professional baseball player who not only will be able to show them the ropes to becoming a better ball player, but get inspiration to become the best themselves one day. Ziegler knows the potential that the athletes around East have, and he hopes that with providing these camps for those players that they will put what he teaches them into play one day.